A BRIEF HISTORY OF PLAITFORD

Plaitford’s name probably derives from the old English word for play “Plega”.  Therefore the name Plaitford could mean a ford where games were played.  They must have had a really fun time as the village had six fords in total, two of which still exist today. The village, along with West Wellow, was originally in Wiltshire. As a result of county boundary changes they were moved to Hampshire in 1895. In 1932, Plaitford joined with Melchet Park to form Melchet Park and Plaitford Parish Council.

The history of settlement in the village can be traced back the Mesolithic Period, 10,000 to 4000 BC and the Bronze Age 2,200 to 8oo BC.  Artefacts have been discovered from both periods. Other artefacts from the Bronze Age have also been found on Plaitford Common along with evidence of Iron Age track and field systems. Nothing from the Roman occupation has been found in the village.

Plaitford so far has only one clear mention of something from the Dark Ages that being the Cloven Way that crosses the common, north of Deazle Wood. The Cloven Way is reputed to be the route Cerdic, the first King of Wessex (519-534) took from the south coast to Sarum.

Plaitford is a New Forest village, now split in two by the northern boundary of the New Forest National Park and is mentioned in the Domesday Survey of 1087.  From the time of the Norman Conquest it has been part of various manors.  Firstly, Plaitford was held by Edmond, son of Aiulf, who held West Grimstead near Salisbury, later to become part of the manor of West Grimstead where it stayed until 1406.  The new owner was Sir John de Berkley and Plaitford became part of the manor of Minstead, near Lyndhurst, until it was sold by Richard Compton, (a descendant of Sir John de Berkley), to Sir Stephen Fox in 1679. (More later)

Throughout the medieval period, the manor of Plaitford was held by the king in chief for the service of keeping the park of Melchet. The only evidence of the connection between Plaitford and Melchet from this period is the possible site of a manor house or hunting lodge that stood on an island surrounded by a moat at the junction of Church Lane and Compton Drive. Small scale excavations found 13th / 14th century pottery. Large boulders and flint nodules were found that may represent part of the original fabric of a building dating from between 1250 and 1350. Recognised as a moated area, one of a few in Hampshire, and protected as a scheduled monument by English Heritage.  Interestingly, recent modernisation of Manor Farm, opposite this site, uncovered large pieces of cut stone and a large amount of flint not common with brick structure of the building. A listed building, dating from the seventeenth century some evidence was found during the alterations that may predate this. Is it a case that Manor Farm was originally built using robbed material from the moat site?

Sir Stephen Fox was born in Farley, near Salisbury, in 1627 the son of William and Elizabeth Fox, daughter of Thomas Pavey of Plaitford.  Sir Stephen was present with the Royalist Army at the battle of Worcester during the English Civil War. He later accompanied King Charles II into exile and had charge of all the expenses of the royal household.  Knighted in 1655, he had three terms as Member of Parliament for Salisbury.  Sir Stephen was married twice, 1651 and 1703, and by his first wife, Elizabeth Whittle, he had seven sons (who all predeceased him) and three daughters. By his second wife, Christiana Hope, he had two sons and two daughters. After his death in 1716, His eldest son, Stephen, from his second marriage, succeeded him and became the 1st Earl of Ilchester in 1756.  The Ilchester family continued to hold the manor of Plaitford until it was split up and sold by the 6th Earl in 1911.  The sale of the manor was an opportunity for sitting tenants to purchase their properties.

The Parish Church of St Peter

This small, picturesque thirteenth century parish church stands alone, close to the River Blackwater and is within the diocese of Salisbury. It was built in the same period as the building on the moat site, a few hundred yards away. Other than the possibility of a curates cottage close to the church there is no evidence of other properties in the area. In the taxation of Pope Nicholas in 1288 it was decreed that Plaitford Chapel be subordinate to West Grimstead where it remained for almost 600 years until it became a rectory in its own right in 1866. A rectory was built in Pound Lane in 1865.

Some of the thirteenth century features are still visible. They include the chamfered pointed doorway, the chancel and nave, the piscina and sedile on the south side of the sanctuary. The south vestry appears to have been a small chapel and contains the only original window, which faces south. The church was subject to major alterations in 1856, when all the ancient wall paintings were plastered over.

An important coaching inn standing half-way between Southampton and Salisbury on what was the Sarum & Eling Turnpike road (now the A36).  It is not known how long the older thatched part of the building has been an inn, but it is thought to date from the sixteenth century.  Records show the building that fronts the main road today was built in the second half of the eighteenth century. This would coincide with the opening of the Sarum to Eling Turnpike in June 1753 and the realigning of the road to where it is today. The original road ran behind the inn.

The importance of the Shoe as a posting inn during the first half of the nineteenth century put Plaitford on the map. As well as local coaches, long distance travellers from Brighton and Portsmouth to Bristol and Southampton to Yeovil and Cheltenham would stop at The Shoe to change horses.

John Biddlecombe, a notorious Plaitford resident involved in burglary, highway robbery and poaching was hunted down by the Ostler (Horse Keeper) of the Shoe Inn and held overnight at the inn before being taken the next day to Fisherton Gaol in Salisbury.  At his trial in Winchester, he was sentenced to death and on Saturday, 1 August 1818 at the age of 25 was hanged (or as a local newspaper reported at the time “launched into eternity”) at Gallows Hill, Winchester.  He was buried the following day in Plaitford church yard.

It is said that Queen Victoria, as a young princess, along with her mother, the Duchess of Kent, took tea at the Inn whilst waiting for their post horses to be changed.  This probably took place in 1832 during a grand tour of England carried out by the princess and her mother.

Alongside the pavement on the A36, between the village hall and the Shoe Inn stands an ancient mile stone.  Opposite is the location of Plaitford Race Course, now just an avenue of trees leading out into the open forest.  Horse racing took place here annually as part of a country fair from 1825 to 1848.  Usually held at Whitsun time and run over a mile and a half, they attracted a wide following.  National sporting publications of the 1840’s included Plaitford Races in their calendar of race meetings to take place in the country.

The land to build a school was gifted by Henry Stephen Fox-Strangeways, 3rd Earl of Ilchester in 1840 and built with a grant of £84 from the Committee of the Council for Education. Opened in 1846 the school was administered as a National School by the Church of England, consisting of a classroom 28×18 feet for 60 pupils and an adjoining head-teacher’s house with a living room and pantry on the ground floor with two bedrooms above, one no bigger than a box room.  The usual facilities consisting of a water pump and earth closets were situated outdoors.  The school closed in 1965 after 119 years and 30 head teachers.

During the Second World War, a village hall committee had been formed with a view to purchasing a piece of land to build a hall.  An attempt to purchase a piece of land close to the school stalled in 1948, with no reason entered in the committee minutes.  A current theory is that, with the expansion of Wellow School at the time and Plaitford School managers discussing the closure of the school as early as 1946, it is likely that the hall committee were advised that they had a good chance of buying the school when it closed.  As it happens, they had to wait seventeen years until 1965.  After a successful approach to the Salisbury Diocese, Plaitford School became a Village Hall on 1 January 1970. In 1972, a kitchen extension and toilets were installed on the ground floor of the old school house. The old school room was extended in 1978, doubling the size of the main hall. Since 2012, improvements to upgrade the hall have been made, with repairs to the roof, new central heating boiler, new kitchen and appliances, new toilets and the installation of a toilet for the disabled. New wall cladding and a revitalised floor in the main hall, internal and external decoration and a complete electrical rewiring. The 170 year old Victorian structure of the village hall gives the building character. The generosity of the Ilchester family giving so much land when the school was built now means we have a large grassed area and one of the largest village hall car parks in the area.

Plaitford Common is mostly grass and open heath land, with some wooded and boggy areas, and is now owned by the National Trust.  For hundreds of years, farmers have been allowed to graze their livestock on the common. In fact, most farms in Plaitford still have grazing rights.  The original New Forest boundary is in the area of the northern boundary of the village, and, until the fencing of the A36, animals could be seen throughout the village grazing the verges and hedgerows.  For the safety of animals on the forest, the southern side of the A36, Southampton to Salisbury trunk road, was fenced in the 1970’s.  In 2005, this fence became the northern boundary of the New Forest National Park and Plaitford’s 450 acre common is the only part of the village to be inside the National Park.  There is still a remnant of the common to the north of the A36 in the vicinity of the Village Hall.

Trying to invoke the Closure Act in 1877, the then Earl of Ilchester was defeated by prominent persons representing the rights of the inhabitants of Plaitford, parts of Wellow and Landford in his attempt to fence off the common and to only allow access to freeholders and fourteen life holders.  Had the closure been allowed the common would be a different place today! 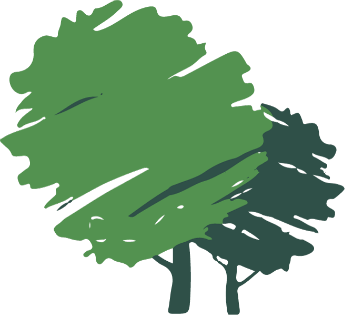